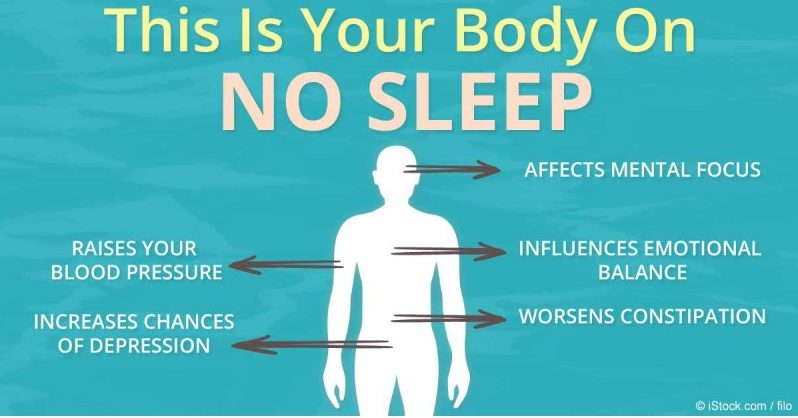 The lack of adequate sleep has an immediate impact on physical abilities, mental function and the emotional state to boot.

Over the long term, sleep deprivation can contribute to a variety of chronic health problems, from obesity and type 2 diabetes, to immune problems and even an increased risk for cancer. For athlete recovery, chronic sleep deprivation will negatively impact their performance, both physically and mentally.  Sleep deprivation also raises the risk of making poor decisions and increases the probability of an injury.

The Stages of Sleep

The stages of sleep are; Stage 1, Stage 2, Stage 3, Stage 4, Stage 2 and then REM Sleep.  Rapid Eye movement or REM Sleep is the dream stage of sleep. REM Sleep is essential for forming long term memories and for learning to occur.

The body heals and the brain detoxifies during Stage 3 and more so during Stage 4 of sleep.  Stage 4 of sleep is so vital that it has been nicknamed “Nightly Dialysis”. During sleep, your brain cells shrink by about 60%, which allows for more efficient waste removal. Stage 4 of sleep appears to also be very important for the prevention of dementia and Alzheimer’s disease. Sleep is also intricately tied to important hormone levels, including melatonin production, which is disturbed by lack of sleep.

A sleep cycle lasts from about 80 to 120 minutes and we usually have about 5 sleep cycles during a good night’s sleep.

Even A Single Night Without Sleep Can Have Severe Implications

Going just one night without proper sleep starts to impair your physical abilities and mental focus, which is comparable to having a blood alcohol level of 0.10%, which is the classification of being legally drunk!

What Happens After Two or More Sleepless Nights

After 48 hours without sleep, endurance and oxygen intake is significantly lessened and anaerobic power is also impaired.  This will greatly impact athletic potential. Coordination is also impaired and it may be difficult selecting the desired words when speaking.

After the 72 hour-mark of no sleep, focus and concentration takes a major hit. Emotional agitation can occur with greater ease and heart rate increases. The odds of falling asleep during the day increases.  The risk of having an accident also skyrockets. Problem-solving skills dwindle with each passing sleepless night and paranoia can become a problem.

In some cases, hallucinations and sleep deprivation psychosis can set in, finding it difficult to interpret reality. Recent research suggests psychosis can occur after as little as 24 hours without sleep and can effectively mimic the symptoms observed in those with schizophrenia.

Research published in the journal “Sleep” reports that sleep deprivation has the same effect on the immune system as physical stress. Whether physically stressed, sick, or sleep-deprived, the immune system becomes hyperactive and starts producing white blood cells, which is the body’s first line of defense against foreign invaders, such as pathogens. Elevated levels of white blood cells are typically a sign of disease. The body reacts to sleep deprivation in much the same way it reacts to illness.

A number of studies have also demonstrated that lack of sleep can play a significant role in insulin resistance and type 2 diabetes. In earlier research, women who slept five hours or less every night, were 34% more likely to develop diabetes symptoms than women who slept for seven or eight hours each night.

The Many Health Hazards of Sleep Deprivation

Aside from directly impacting immune function, another explanation as to why poor sleep can have such detrimental effects on health is that the daily or circadian rhythms are derailed, placing your synchronized biological activities off, even at the cellular level. We’ve really only begun to uncover the biological processes that take place during sleep.

Lack of sleep also decreases levels of your fat-regulating hormone leptin while increasing the hunger hormone ghrelin. The resulting increase in hunger and appetite can easily lead to overeating and weight gain.

There are many reasons why so many people are chronically sleep deprived.

I saved the best for last, but that is only my opinion.  Part of my enthusiasm about this natural option is that I have seen the results firsthand on myself and many of my patients.  In the spirit of full disclosure, I am also one of the owners of FIR Industries and a co-inventor of these products.

Tourmaline is a semiprecious stone.  We have a patent pending process to bond and infuse these microscopic tourmaline particles into fabrics.  To my knowledge, no other company has ever done this before us.

Tourmaline is a powerful gemstone that has been used therapeutically over the world for millennia. The smaller the particle size, the more powerful the therapeutic benefits are per gram.  We use the smallest particles that are available today.

This is the energy conversion of body heat into far infrared energy. This occurs on the surface of the tourmaline. The smaller the particle size, the greater amount of far infrared is produced per gram of tourmaline.  The therapeutic benefits of infrared energy is well established scientifically, including increased circulation and improved cellular energy.

Negative Ions are generated by tourmaline when it is in contact with kinetic energy. This can be from pushing, pulling, stretching, striking, rubbing or oscillating. This is called a piezoelectric effect.  Negative ions will make the tissue more alkaline, which is a healthier cell environment than an acidic environment. Negative ions also stimulates angiogenesis, blood flow and higher blood oxygen levels.  Negative ions scavenge free radicals, reduce oxidative stress and reduce inflammation.

This energy field may be the most powerful and beneficial of the three energies. Tourmaline generated energy fields are related to the Schumann Resonance, which is between the earth and the ionosphere.  That resonance is 7.83Hz and is referred to as the “earth’s heartbeat” or “pulse of the planet”.

It is my theory that when using the FIR Sleep System, Stage 4 and REM Sleep are both significantly increased as far as the percentage of these stages that occur during a full night’s sleep.  We are planning sleep studies to commence in a few months to prove this theory.

The feedback that I have received from many of my patients is that they are sleeping less and feeling like they slept more.  When you wake up without an alarm clock, feeling refreshed and ready to take on the world, most would agree that you had a good night’s sleep.  We have also received reports that a number of children on the autism spectrum are sleeping through the night for the first time since being diagnosed with autism when using the Tourma®Blanket.

The sleep system consists of a tourmaline infused blanket, mattress cover and pillow cover.  The mattress covers are not yet available on the website and can be ordered along with the rest of the sleep system, by calling 844-TOURMA-7 (844-368-7627).