Is Cancer a Metabolic Disease?

You are here: Home / Health & Wellness / Is Cancer a Metabolic Disease? 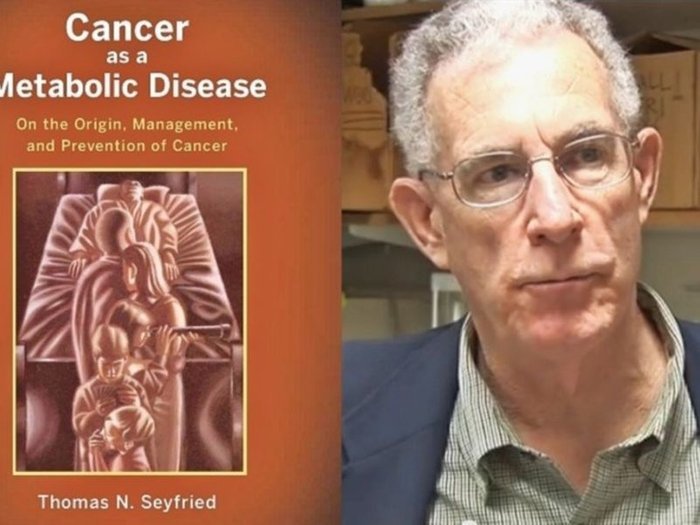 Thomas Seyfried, Ph.D., is a professor of biology at Boston College and a leading expert and researcher in the field of cancer metabolism and nutritional ketosis for cancer prevention and treatment.

His book, “Cancer as a Metabolic Disease” is an important contribution to the field of how cancer starts and how cancer can be treated.

Traditionally, cancer has been considered a genetic disease, but cancer may really caused by a defect in the energy metabolism of the cell. The key may be mitochondrial malfunction. The mitochondria are the tiny organelles of the cell than burn fuel for energy.

Landmark nuclear transfer experiments were conducted. When a healthy nucleus was transplanted into a cancer cell, the cell was still cancerous. When a nucleus of a cancer cell was transplanted into a healthy cell, the cell remained healthy. the logical conclusion is that if cancer is a genetic disease, the DNA in the nucleus would determine if a cell was cancerous or not. But the above mentioned nuclear transfer experiments indicate that the nucleus clearly doesn’t determine if a cell is cancerous.

Additional evidence has recently been produced by Benny Kaipparettu, Ph.D., and colleagues at Baylor University. When they transplanted normal mitochondria (with its nuclei intact) into cancer cells, it caused the cells to stop growing abnormally.

On the other hand, when they took the mitochondria from a tumor cell and moved it into a very slow-growing type of cancer cell, the cancer cells began growing very rapidly.

As noted by Seyfried, “When you bundle all these experiments together, you come to the conclusion that nuclear mutations cannot be the drivers of the disease.”

Why the War on Cancer Has Not Yet Been Won

At present, the cancer industry is focusing on the DNA link to cancer and not the mitochondrial link. That is essentially why this war on cancer hasn’t been won, even with this war being declared by President Richard Nixon 46 years ago, through the National Cancer Act of 1971.

Why Being an Efficient Fat Burner Is so Important

Since the 1950s, eating saturated fats have been linked by many to heart disease and premature death, but the opposite is actually true. The Lipid Hypothesis, which was started by Ancel Keys and landed him on the cover of Time Magazine on January 13, 1961 is 100% false. At the time, it wasn’t known that Keys manipulated his data and tossed out what didn’t fit his hypothesis.

Healthy saturated fats burn clean in the mitochondria and don’t produce the oxidative stress and free radicals that are produced when carbohydrates are burned for energy. The result of carb burning is inflammation, which is the hallmark of all chronic disease.

Going one step further, all chronic disease may be directly related linked to mitochondrial malfunction.