You are here: Home / Health & Wellness / Exercise May Promote Diversity of Gut Bacteria 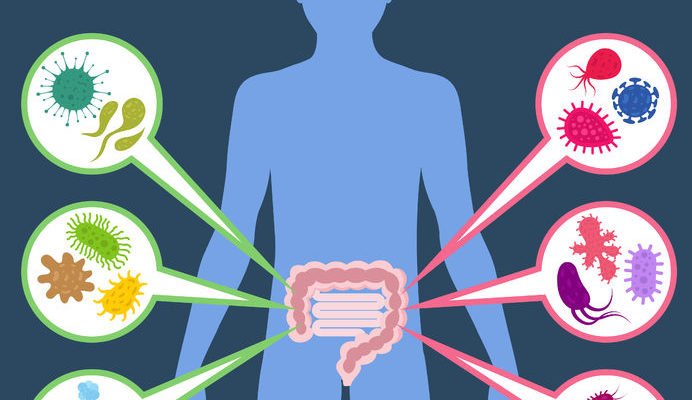 We all average about two to three pounds of bacteria in our digestive tract. We live in symbiosis with that bacteria and without them, we would die. We house about 100 trillion gut bacteria in total, about 10 times the amount of cells found in the human body. Those bacterial cells are, on the average, much smaller than body cells. We need more than 85% beneficial bacteria and less than 15% pathological bacteria in order to be healthy. Our gut bacteria help us to digest food, run our immune system and produce serotonin, the feel good hormone.

A diet rich in whole, unprocessed foods along with cultured or fermented foods and low in processed food helps to maintain healthy gut flora.

Recent research also suggests that exercise may have an influence on your gut bacteria.

As recently reported by Philly.com, The New York Times and Time Magazine, Irish researchers have found that exercise, especially in combination with a protein-rich diet, increases the amount and diversity of gut bacteria, which may have immune boosting effects.

One particular species of bacteria called Akkermansiaceae, found in greater amounts in the athletes’ gut, has been linked to reduced risk of obesity and systemic inflammation.

The Link Between Your Diet and Gut Bacteria

Besides the amount of exercise, there were significant differences between the diets of the test and control groups in the study. The athletes ate more protein and a healthier diet than the control group. The non-athletes ate less fruits and vegetables and consumed more processed foods.

The results have given rise to criticism, as the study cannot prove that exercise necessarily had anything to do with the proliferation of gut bacteria, considering the fact that the athletes’ diet was so different from the non-athletes. Diet, we already know, is a critical factor that influences the microbial balance in your gut.

The only way to be sure if diet has an impact on gut bacteria is to repeat the study with only one variable, being the amount of exercise that the control group and experimental group do. The diets should be the same.