Does Exercise Change Your Brain?

You are here: Home / Health & Wellness / Does Exercise Change Your Brain? 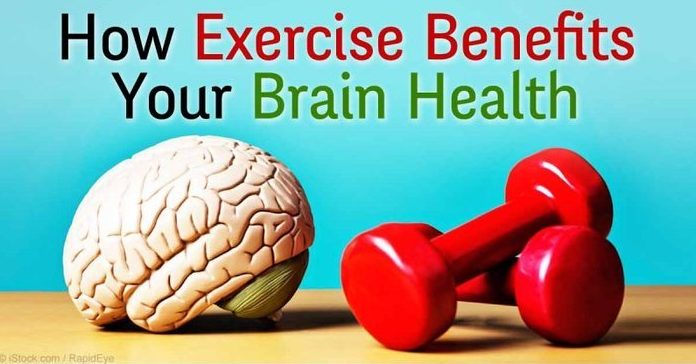 Brain scans were performed on Olga Kotelko, who held more than 30 track-and-field world records in her age category. She began athletic training at the age of 77 and continued into her 90s.

The white matter of her brain, which connects neurons and transmits messages in the brain, had fewer abnormalities than that of her less-active peers. Her brain’s memory center, or hippocampus, was also larger and she outperformed typical adults aged 90 to 95 years on tests of speed and memory.

Although the researchers didn’t have a scan of Ms. Kotelko’s brain before she started exercising, they couldn’t say for sure whether exercise was responsible for her notable brain differences, but it did appear as though her brain was younger than her age.

Staying Physically Active As You Age May Boost Cognitive Function

More research is being done on this for confirmation of the positive impact that exercise has on the brain, however it seems to be quite obvious to anyone who has been around both sedentary and active seniors that there is a difference in their mental capabilities.

You may have heard people talk about an elderly individual as being “as sharp as a tack”. They are usually not talking about a couch potato. The same researchers who conducted the above-mentioned study carried out additional research on older adults ages 60 to 80. They measured brain activity, physical activity, and aerobic capacity.

Those who were the most physically active had better brain oxygenation and better patterns of brain activity, particularly in the hippocampus and in connecting different brain regions together. Such patterns are associated with improved cognitive function.

What is perhaps most intriguing about the findings is they occurred among older adults who were physically active but not athletes. The study participants did not exercise formally but rather got their activity in via walking, gardening, and simply moving about each day and those who moved the most had significant brain advantages compared to their more sedentary peers.

Yet another study published regarding brain health and exercise in older adults (ages 70 to 89) found no significant differences among those who exercised for two years or attended health classes.

However, their cognitive performance remained steady and did not decline, which means exercise may have had a beneficial effect after all (and so may have the stimulating effects of attending a health class).

Exercise May Also Lower Your Risk of Dementia

Your brain is capable of rejuvenating and regenerating itself throughout your life. It was once believed that once neurons die, there’s nothing you can do about it. Hence deterioration and progressive memory decline was considered a more or less inevitable part of aging. Fortunately, that’s simply not true, especially if you exercise.

According to John J. Ratey, a psychiatrist who wrote the book Spark: The Revolutionary New Science of Exercise and the Brain, there’s overwhelming evidence that exercise produces large cognitive gains and helps fight dementia.

Research shows that those who exercise have a greater volume of gray matter in the hippocampal region of their brains.

According to the authors:

“After controlling for age, gender, and total brain volume, total minutes of weekly exercise correlated significantly with volume of the right hippocampus. Findings highlight the relationship between regular physical exercise and brain structure during early to middle adulthood.”

A 2010 study on primates published in Neuroscience also revealed that regular exercise not only improved blood flow to the brain but also helped the monkeys learn new tasks twice as quickly as non-exercising monkeys.

Exercise seems to benefit the brain at any age. If there were still any question whether exercise can change your brain for the better, consider a study by researchers at the University of Minnesota. They examined data collected over a 25-year period from 2,700 US adults, concluding that those who had greater cardio-respiratory fitness in their teens and 20s scored better on cognitive tests in their mid-40s and 50s.

For each additional minute spent on the treadmill during the initial test, he or she was able to accurately recall 0.12 more words at follow-up 25 years later. Those who were fitter in their early adulthood also scored better on tests designed to assess reaction speed and the mental agility needed to answer trick questions.

Remember that staying active is important at any age and if you don’t use it, you will lose it!

Is Chocolate a Guilty Pleasure or a Superfood?
Next Post: Gut Bacteria & Cancer